Through the Office of Civic Wellbeing, the City of Santa Monica is leading a new trend in government understanding and operations. The Wellbeing Index, using six different indicators, provides data for both City leaders and members of the community to better understand how the City is doing as a whole – both its strengths and weaknesses. Few wellbeing projects go beyond data dashboards to local translation, but the Office of Civic Wellbeing is on the ground in Santa Monica doing real work to bolster community wellbeing.

I started working with the Office of Civic Wellbeing in September 2017. My first job was to design the icons for the six indicators. I continue to use design to translate the data into visually compelling stories and create assets for various local events and international presentations and reports.

Much of the Offices’ current work focuses on the areas that measured the lowest on the Wellbeing Index. Various projects and campaigns have been created to reach the individuals within those communities in new and innovative ways, including the FitBit Project.

With 200 Fitbit Atlas’ donated for data collection, the Office of Civic Wellbeing reached out to 90404 residents to receive a free Fitbit in exchange for sharing their data with the City. This zip code was chosen because the residents reported the lowest rates of physical activity in the City and the highest rates of loneliness.

I designed all the initial outreach, kickoff event, and program material including emails, social media posts, flyers and data visualizations. I also used the data to create a project summary report. 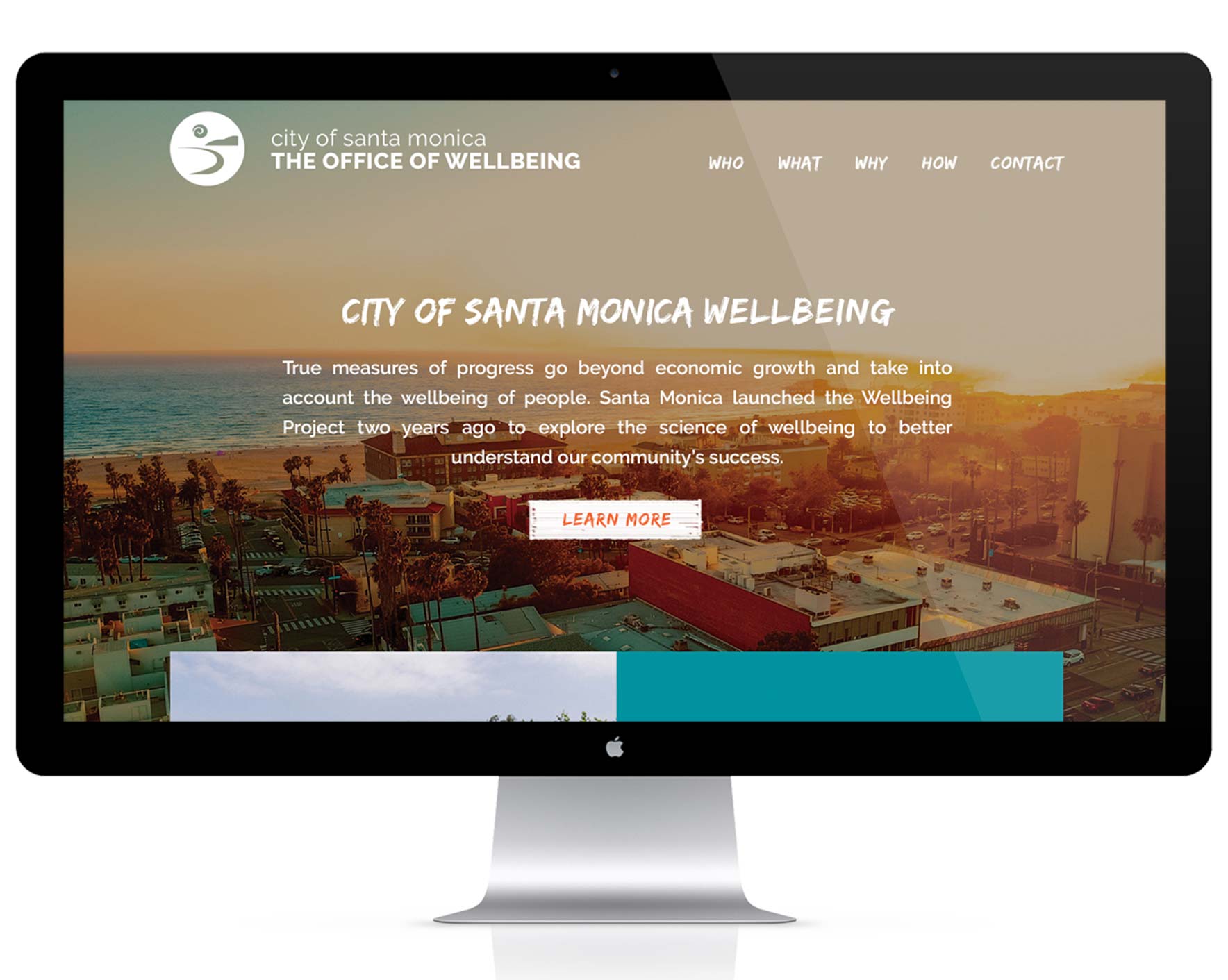 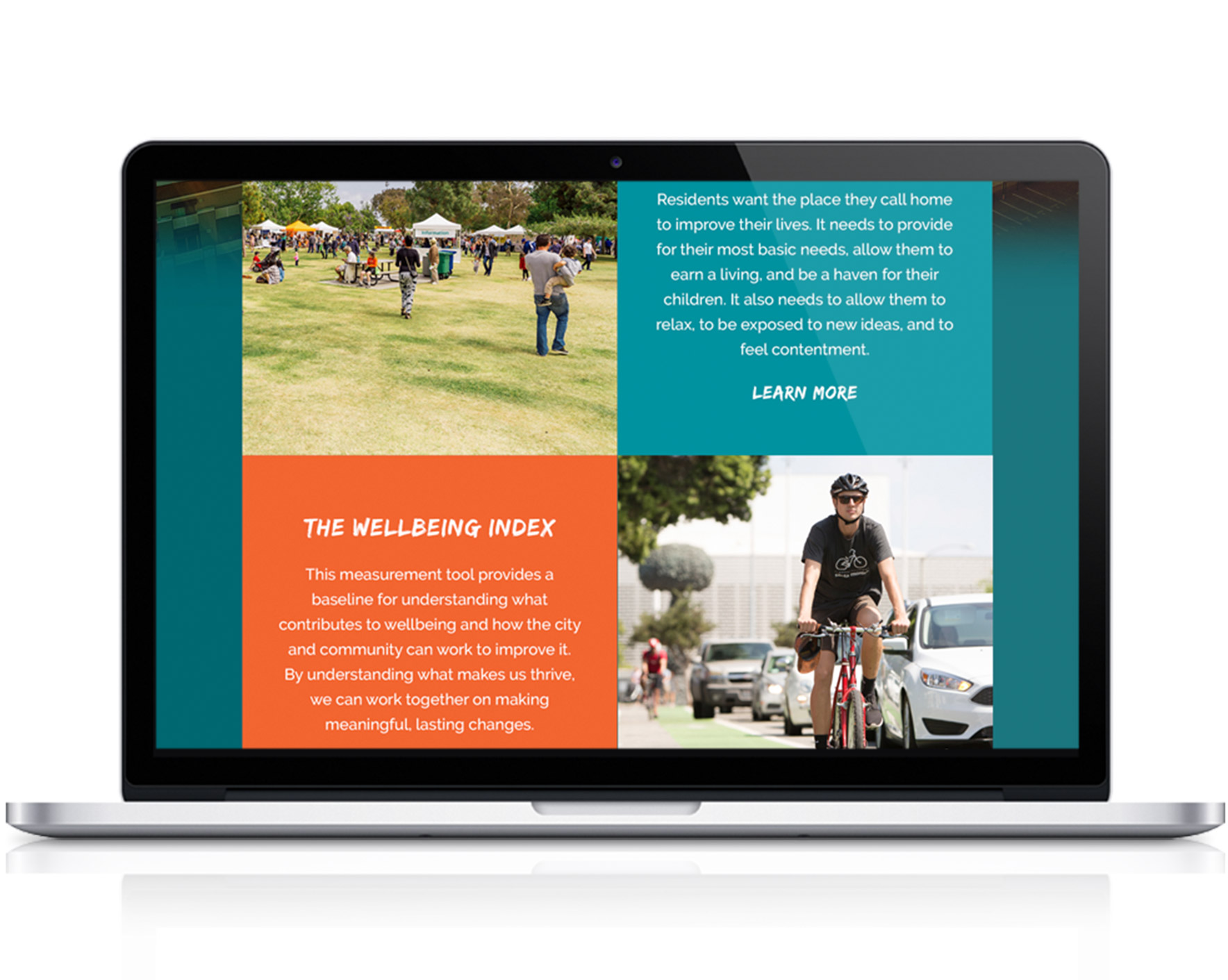 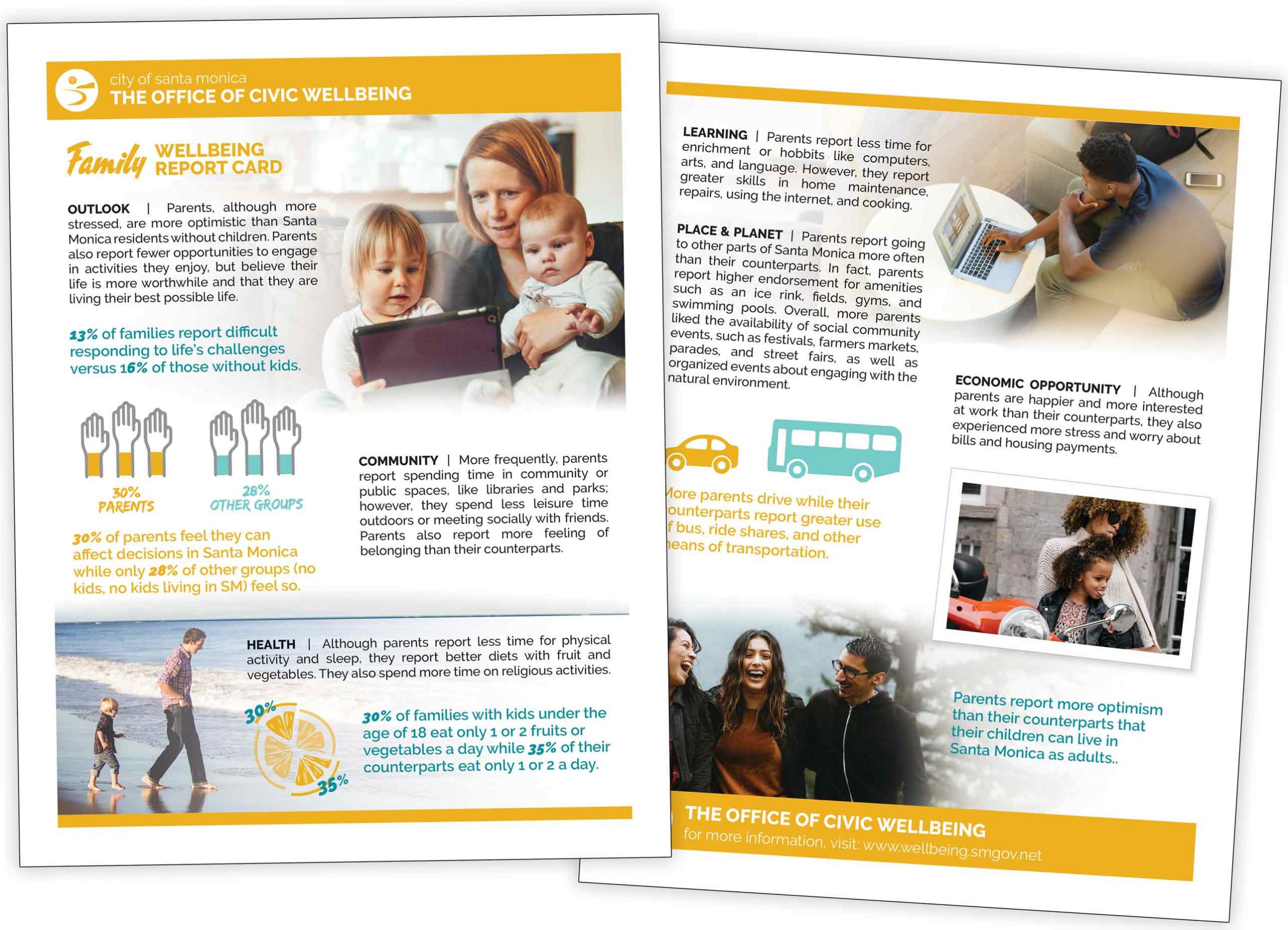 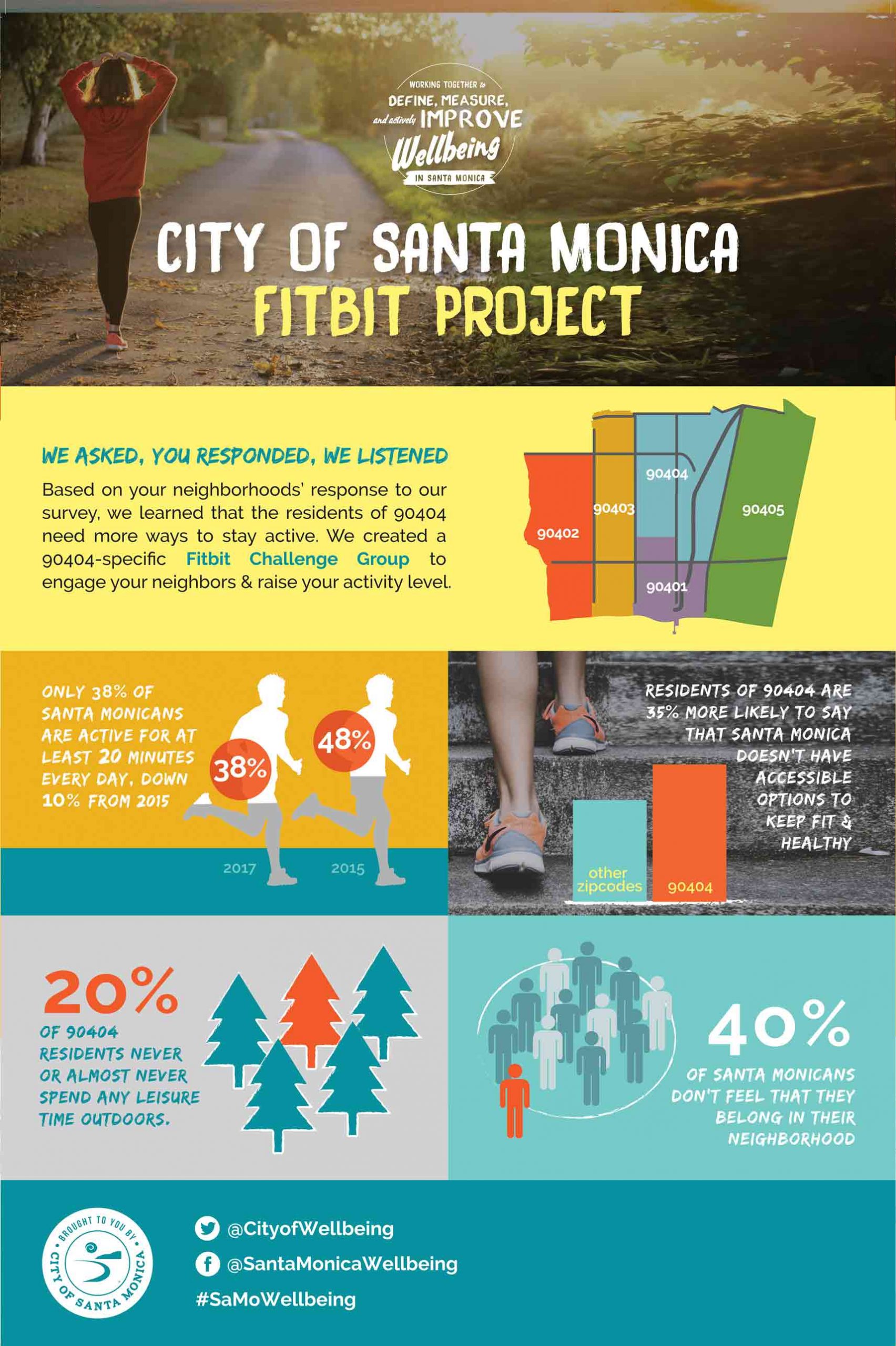 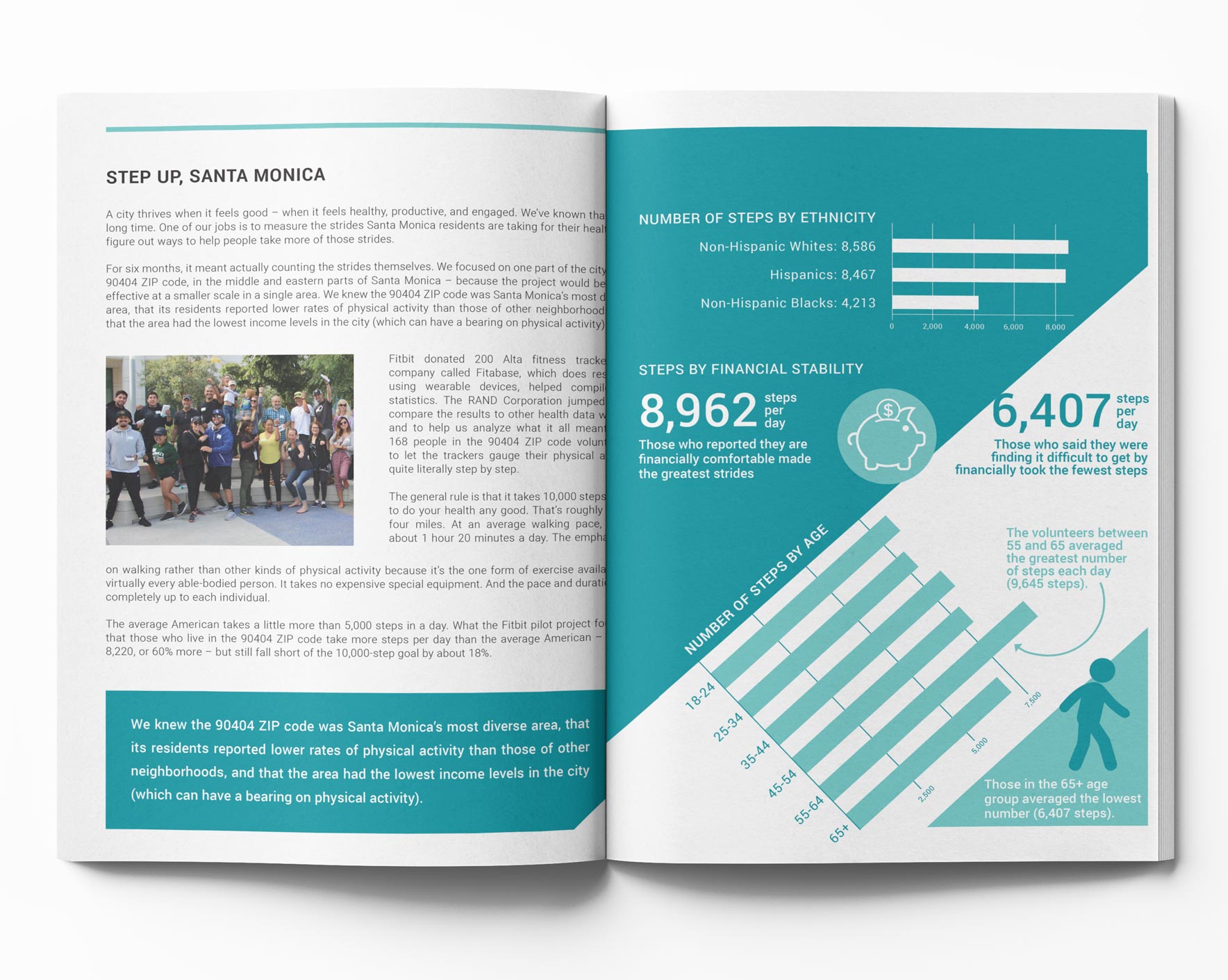 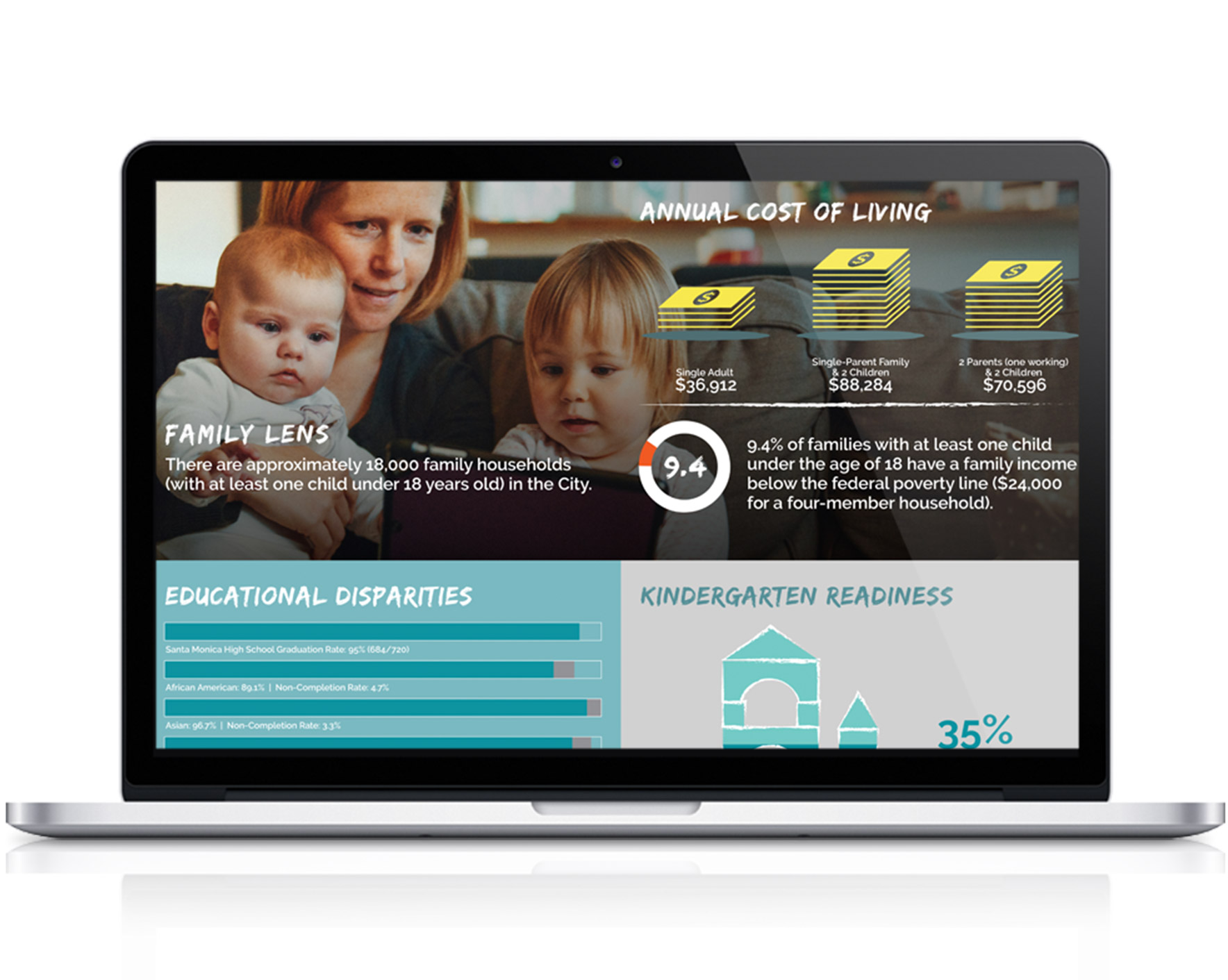